Four high-school mavericks complete their internship at the Lab

The Precision Medicine Lab hosted four of the brightest high schoolers around as part of our first edition of the Summer Internship programme. This was a 6-weeks of full-time engagement in the lab covering exposure to everything from ideation, literature review, data mining, poster prep, report writing and presenting their work in a relevant-life Cancer Symposium. Although most projects this time around were data-based and used computational tools, we made sure to sprinkle some lab experience as well where the interns spent some good time in the lab under supervision of their dedicated mentors.

To give our readers a round up, we interviewed Shahram Khan, the Community Lead at the Lab who led the whole programme from the front. The following are his thoughts.

What is the Summer internship programme?

With COVID19, this school year was out of the ordinary especially for high-schoolers who spent a good part of almost 6 months out of school, with almost no in-person interaction with the outside world. In normal circumstances this would have been a high pressure time for them, but this summer they got their predicted grades instead of having to take an exam. This left them intellectually unchallenged, and to be honest some of the smart ones found themselves bored. PML took this as an opportunity to use the potential of these students and give them a real-life, in-house lab experience in return.  The PML Summer Internship 2020 programme was a competitive 6-week programme for exceptional high school students from across the country. Interested students were invited to apply and join any of the following teams: biology/medicine, data science, hardware engineering and science communication. We received a total of 66 applications out of which 4 students were selected after a round of essays and interviews.

Why does PML host this?

With the exception of medicine, our students remain to be unexposed to the full glory of biological sciences especially at the cellular and molecular level. Working in a lab gives them the necessary exposure to the subject and its potential to change the world, which is otherwise unavailable to students their age. Secondly, this not only gives them a taste of real-world scientific research but also a headstart in their pursuit to choose a career. Apart from that, we believe, continued association with these students could result in them becoming flag bearers of scientific excellence in Pakistan in the future.

How do you find and select the brightest?

PML Summer Internship 2020 programme is highly competitive, and admission was given to the brightest students with the highest potential. The ad for the programme which was meant to attract the attention of all science geeks, was disseminated amongst the top public and private schools of the province and through digital media for a national audience. Interviews were conducted after thoroughly studying each application. Upon acceptance into the programme either or both parents were invited to visit the Lab and meet the PI, which was something unique to internships offered nationwide. This helped us see commitment and also served as a chance to answer all the questions that came into their mind.

The application form included not only details about prior experience and academic achievements but also required students to submit a 500 word personal statement which included insight into why they wanted to spend time at PML and what exactly they were looking to gain from PML by the end of the internship. It also included some information on where they wanted to be in life. They were encouraged to put an effort into their applications and demonstrate that they had what it took to increase the odds of acceptance which was a deciding factor in the selection process. 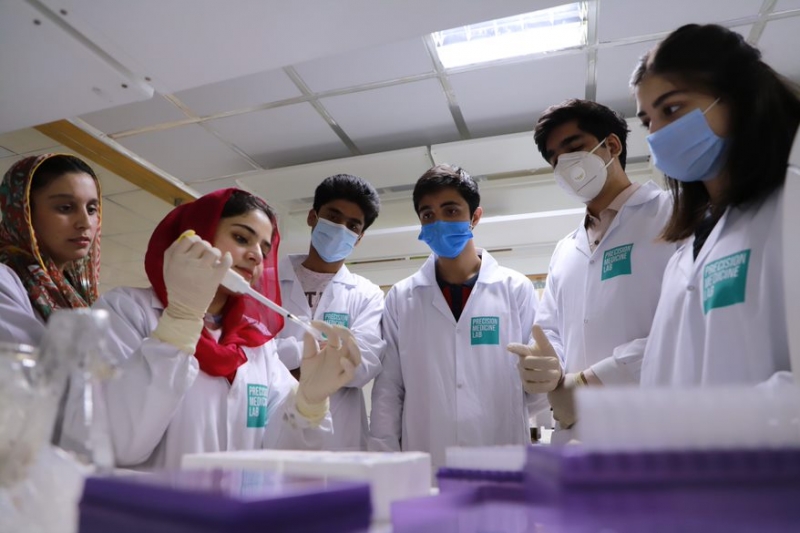 Gel electrophoresis under way at one of the wetlab session led by Khudeja Salim. 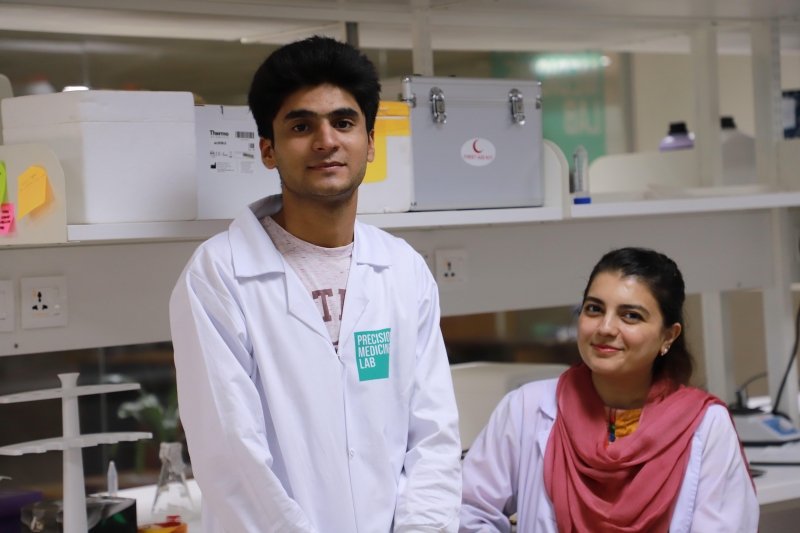 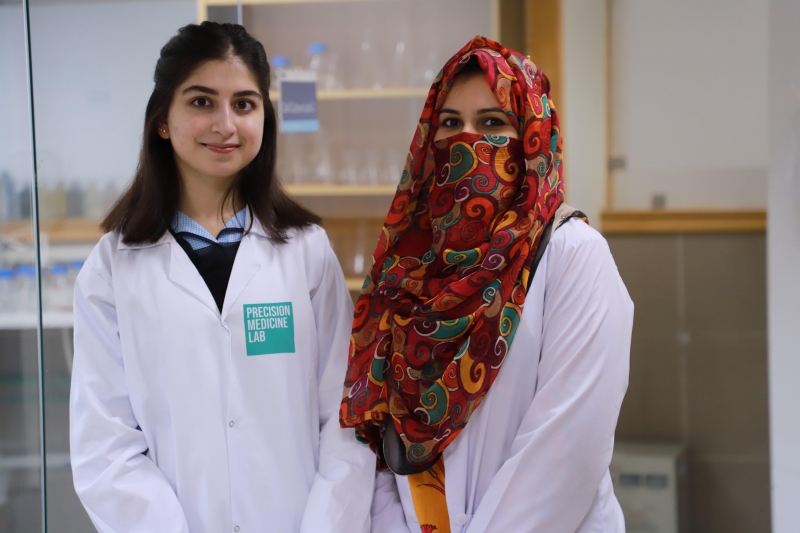 What do the schoolers get out of the internship?

The interns got to work with some of the smartest scientists in various disciplines from around the country in one lab. Based on their project, they got a chance to work on global scientific problems in one of the finest biology labs in the country, with world-class equipment. Each intern worked under a dedicated mentor alongside senior members of the team. This was extremely informative for students as they got one-on-one attention from their designated mentors. They also availed the chance to be co-authors on research posters and reports and also present their work at the PML Cancer Symposium 2020. Their time inside the wet-lab got them up to speed with how scientific research is carried out and how laboratories work, which was essential to help them plan their careers in the future. To commemorate their experience they got a certificate of completion at the end during a graduation ceremony which was attended by their parents (and some siblings!) and members of the Lab.

Usually, parents from this part of the world want their children to be successful doctors and engineers and are not supportive of alternate career choices. However, the parents of the students we selected were as keen as the young budding scientists and they actively participated in celebrating their children’s achievements in the Lab. 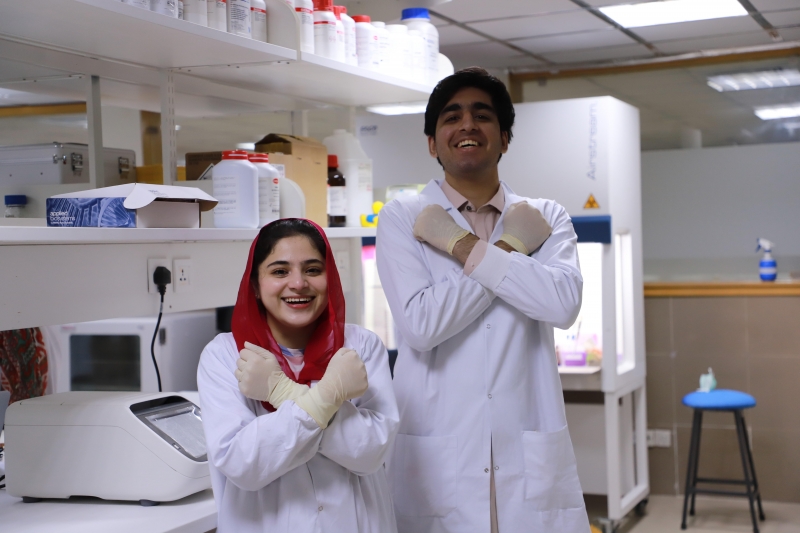 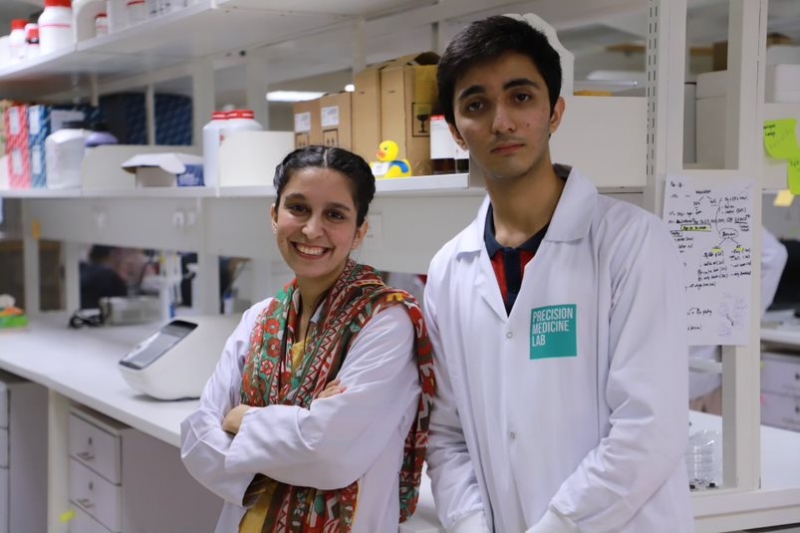 How was your first experience running the program? What did you like the most?

The first run through the programme was not glitch-free but we managed despite time constraint issues on part of the PI, mentors and team members who were occupied with their own work. We, as a team, enjoyed the presence of the interns; their exuberance and fresh ideas were welcome in the Lab. Their energy was contagious and pushed the researchers to do their best. Light moments were shared in an otherwise serious atmosphere and their presence will be missed!