Dr Khan is a graduate of the University of Oxford, where he completed his doctoral studies at the intersection of Cell Biology and Systems Biology as a member of the Oxford Protein Informatics Group. His project involved integrating biological data and using ML techniques to predict gene function. His thesis identified 26 previously uncharacterised genes in Drosophila with a putative role in mitosis. 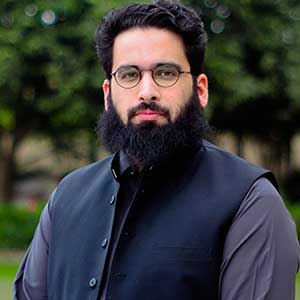 Averos is a synthetic biology company that is focused on ‘biologizing’ the Pakistani industry by engineering living systems, including yeast and bacteria, for industrial applications. Averos also works in systems biology where it uses artificial intelligence to better predict 1) drug candidates and 2) patient outcomes in infectious diseases and cancer.

Basecamp is one of the first co-working spaces for startups, freelancers, techies and the creative folk in Pakistan. We rented out about 12000 ft2. in an unfinished building and turned it into one of the most creative workspaces available in Pakistan.

Sphericos is an award-winning biotech startup that aims to target disease vectors like mosquitoes using bio-insecticides. Through its novel platform it produces cheaper and 'greener' bio-insecticides. Sphericos won two awards in 2011, including the top prize for Technology at the CUE Grand Finale in Cambridge.

I lead a team of Oxford consultants as part of an OBR Immersion project. We did an extended market intelligence analysis for an international biotechnology company. This included an analysis of four key emerging technologies in the life sciences sector followed by recommendations on where to expand to based on the existing product portfolio and R&D capacity of the company.

Peshawar 2.0 is a social enterprise that aims to engineer and foster a local startup ecosystem in Peshawar. My role after conception has been team-building, evangelising the concept of entrepreneurship in a knowledge-based economy, mobilising different stake holders academia (13 universities at the executive, faculty and student level), relevant government departments, provincial law-makers and the private sector, organising flagship events and overseeing the overall branding including our PR and marketing strategy.

The Oxford Union is the world's most prestigious debating society, with a reputation for bringing international guests and speakers to Oxford. It has been established for 189 years, aiming to promote debate and discussion not just in Oxford University, but across the globe. As member of the Trinity term 2013 committee, I helped organize two of the most electric debates of the term - 'This house believes Drone Warfare are ethical and effective' and 'This house believes Islam is a Religion of Peace'.

During my research visit to the University of Exeter, I was elected as Vice President of the Islamic Society (ISoc) for the new academic year. In close collaboration with the President, I have helped in a revamp of the society – from its internal policy to its marketing strategy. As VP, I also looked after the organisation of all events and have helped make ISoc one of the most active societies on campus.

BSC is the first biotechnology student society in Pakistan; aims at promoting research awareness amongst students and bringing in the trend of undergraduate research. Being the founding general secretary, organized numerous seminars, several guest lectures, launched BIOEXPLORER, the official newsletter, mentored and supervised ten undergraduate science projects which terminated into the first ever Biotech Science Fair organised on one of the oldest campuses of the country.

I am leading a research group focused on 1) using multi-omics analyses and cell biology to study cancer and 2) synthetic biology to engineer living systems for industrial applications. I am the PI of two main grants:

I am the founding director of JCB, a joint interdisciplinary centre established under a partnership between the Institute of Management Sciences and the Institute of Integrative Biosciences (CECOS University). JCB is Pakistan’s first research and policy institute that focuses specifically on the biotechnology industry and its economic and ecological implications on the country.

PIF has been organizing the National STEM School every year since 2016 gathering the best 30 high schoolers in the country under one roof at LUMS. The 10-day residential winter camp has 5 tracks, including Synthetic Biology which I lead.

As the founding Director of the Institute I was responsible for both the academic and the administrative components of the project. I designed and developed different components of the new Institute from the overall strategy, administrative processes, recruitment of senior and junior faculty and staff members, curriculum development to the design, construction and procurement of faculty offices, the research and teaching laboratories, developing the branding strategy and the annual marketing plans.

As a visiting Assistant Professor at the Centre of Biotechnology and Microbiology, I teach Bio-Entrepreneurship to final year undergraduates. I have also taught the Bioinformatics-I module to third-year undergraduates and Systems Biology 101 to MPhil and PhD students.

I worked with the Advancing Sciences team and leading the Biology stream of the new BSc Natural Sciences degree programme. The project includes, designing and developing the curriculum for the 4-year course, hiring faculty and establishing science laboratories for the new degree programme.

Worked at the AMC Department of Biochemistry on two Human molecular genetics projects funded by the Federal government of Pakistan, i.e. the study of gene polymorphisms in Warfarin metabolism and the molecular characterization of Wilson’s disease in Pakistani patients.

I was a member of the Oxford Protein Informatics Group led by Professor Charlotte Deane. My cross-disciplinary work focuses on developing integrated protein interaction networks for mitotic MAP proteins and training prediction models to identify novel ones that might have a role in cell division. I experimentally tested my findings using different methods from genetics, biochemistry, cell biology and molecular biology in fruit flies. My doctoral thesis proposed a new integrated network-based method to predict protein function and also uncovered new proteins with a potential role in cell division.

Centre of Biotechnology, University of Peshawar

We are an inter-disciplinary and translational research laboratory that uses cutting-edge technology at the intersection of data, biology and medicine to improve individual patient outcomes in the clinic.