The PML Cancer Symposium was held on August 31, 2020 at the RMC Auditorium that for the first time showcased what has been happening at Precision Medicine Lab and its collaborators. The symposium was attended by a pre-registered group of students, scientists, trainees and consultants from the biomedical community in Phase V and beyond. In the following blog we asked Sabaoon Zeb (RA I at PML) about what she experienced.

Why did PML organize the Cancer Symposium?

PML organized its first cancer symposium to share all the pioneering science happening at the Lab over the past year and also catalyse interactions between clinicians and scientists in the Phase V community. The agenda of the symposium was for every member of the Lab including our exceptionally talented summer interns and friends from collaborating groups to present and offer a glimpse of their work in progress. The event brought together students, consultants and researchers from different institutes including CECOS, RMI, RMC, UET, and the broader medical and research fraternity from and around Phase V, Hayatabad and catalysed very interesting discussions. 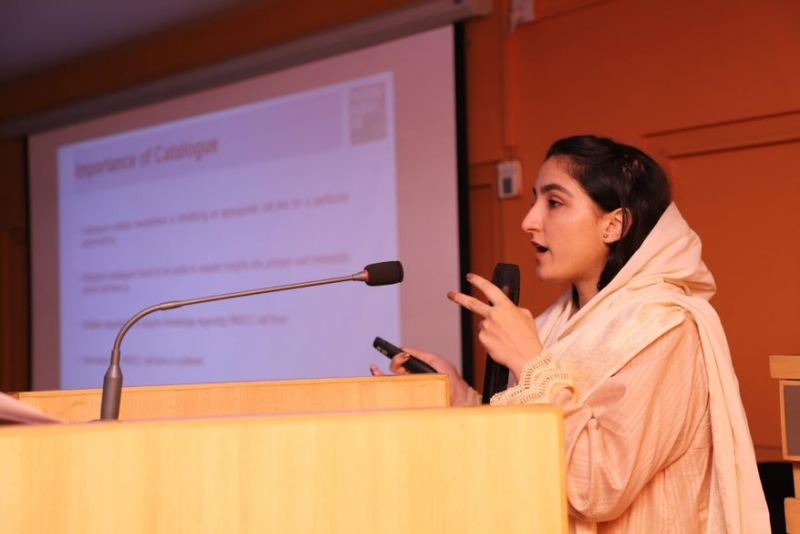 Who spoke at the event and who attended?

Which areas were covered in the symposium?

There were 24 lightening (10 minute) talks followed by Q&A sessions in three broad categories, i.e. Big Data & Cancer, Cancer Biology and Khan Lab specials. The first two included studies in cancer biology and the wetlab work being done in the Lab including the two talks on 3D scaffolds for cell culture by the KAUST team. The first section included work being done with different multiomic datasets using different methodologies which was very exciting for the data fraternity. The second session included research from cancer biology, cancer models, computational biology, data science, biorepository and machine learning. Khan Lab Specials covered special interest topics in our research group including the bioeconomy, astrobiology and DIY hardware. Each talk had a corresponding poster presented in the RMC Lobby, which were on display for the entire week!

What were your 2 favorite talks and why?

I found each one of them very exciting but by far my THREE favourites would be the survey on “Exposure to secondhand smoke at home and at workplace in Pakistan” by Shagufta Rehmat, “SpecDec: A photosensitive detector with an associated data logging system” by Idrees Ahmad and the talk on “PhaseV BioCity: A crossroads of healthcare and biomedicine” by our Community lead, Shahram Khan. I found these areas very out-of-the-box and exciting. 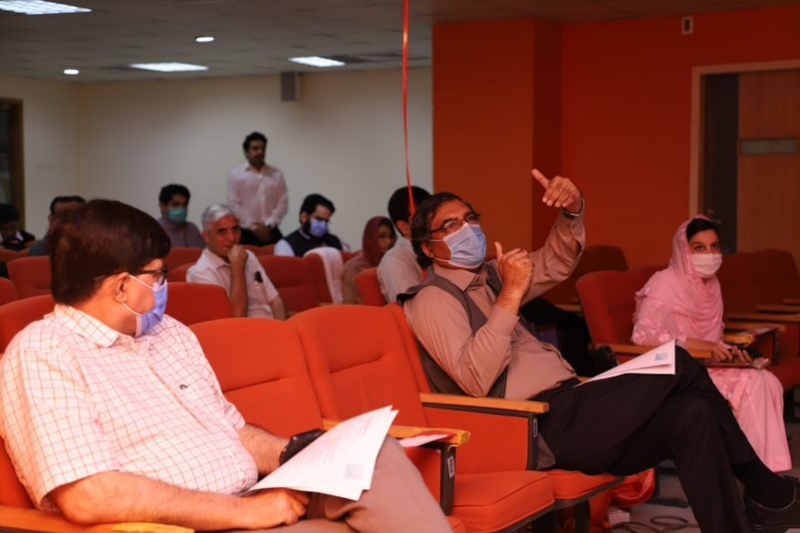 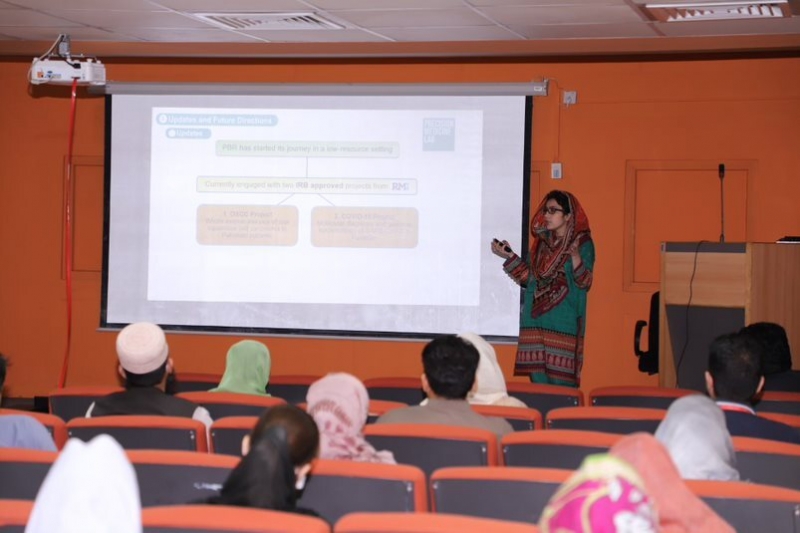 There was a spontaneous group discussion towards the end. What were your takeaways?

At the end of the session, a spontaneous group discussion erupted between members of PML and the audience on how we can revolutionize scientific research in Pakistan by filling the gaps and breaking the ice between academics, folks in the industries such as healthcare. Similarly, upgrading the curriculum on different educational levels, changing the mindsets of both students and faculty and creating opportunities for the youth consistently came up. Reforms in the scientific culture as well as the education system will occur once trust is developed between academia, industries and healthcare departments. Only then can we make the government realize the importance of scientific research and get Pakistan on the map of scientific excellence. I still remember Dr Nadhman saying ‘..the government has to follow policies. And most policies are written by non-scientists’. There is a big role we can play in policy as well!